Somewhere on the Internet the idea that iced coffee was illegal in Canada started making the rounds.

As if the Canucks hated all things iced and delicious. (Maybe they’re mad because their winters are so harsh?)

So is iced coffee actually illegal in Canada? Is there anything behind the claim at all?

Sher-latte Holmes is on the case! (Get it? Like Sherlock? I’ll see myself out.)

Is Iced Coffee Illegal In Canada?

No, iced coffee is NOT illegal in Canada.

You can still purchase iced coffee on your next trip to Montreal. No. The Mounties are not coming for you.

Yup. No one is going to jail on iced coffee related crimes in Canada. Even when you say you could literally kill for some cold brew.

Just to be absolutely sure, I checked with a close friend who lives in British Columbia.

You can see above that mentioned he orders an iced caramel coffee from Starbucks “every week” and says iced coffees are a favorite by many Canadians.

The rumor comes from a TikTok video

Ever met a Canadian? They’re pretty laid back.

They’re certainly not likely to ban a drink altogether (unless it’s as dangerous as an angry moose mama you just double-crossed; they might ban something like that in the Great White North).

So why do some people think iced coffee is illegal in Canada?

The urban legend started with a TikTok video by @taylorjacksonphoto.

Taylor Jackson claimed that when a trade deal was signed between the Christian Labor Association of Canada in 2007, Canada’s prime minister at the time, Stephen Harper, decided that the beans used to make iced coffee was too expensive, so it would be best to ban it instead.

Jackson points out that Canadians buy a lot of their beans from farther down in the Americas — in Brazil, Colombia, and Guatemala.

Sourcing all those coffee beans for iced coffee was just too much. So Harper banned it.

But this had nothing to do with iced coffee in Canada being banned.

Stephen Harper was Canada’s prime minister at the time, but he definitely never tried to make iced coffee illegal in Canada.

And by the way, the amount of coffee beans used to make most iced coffee drinks is the same amount you need to make a particular drink hot.

That means hot and iced lattes use the same amount of coffee. Although, it’s true that cold brew tends to use a lot of beans.

So the idea of making iced coffee illegal, but not hot coffee, is especially silly!

You can ignore any TikTok users, Reddit users, or anyone else online who says they had to pay a fine for ordering an iced caramel macchiato! Canadians like to have a bit of fun.

And, of course, Taylor Jackson was joking.

He commented on his own video, correcting himself for misspelling the word Colombia, and said, “Sorry for spelling Colombia incorrectly in the captions. Fortunately it’s the only error in the journalism.”

Sure, friend, that’s the “only” error.

So you definitely don’t need to be afraid to order iced coffee in Canada, but you may need to fear Canadian sarcasm. And hungry bears. Fear those, too.

Don’t Believe Everything You See On TikTok

Many coffee shops sell iced coffee in Canada. It would probably be bad for business if they didn’t sell any iced drinks.

TikTok and other social media can be great platforms for learning new things casually. But there’s no vetting process (that’s why they’re social media, not news media). So there’s no way to filter out the experts from the non-experts or jokes.

Don’t believe everything you see on TikTok, especially if it sounds too shocking to be true!

It’s always a good idea to do a little research to back up unusual claims. But if that’s why you’re here, thanks for checking!

Bottom line, don’t believe everything you read online! (Except this article, please.)

The claim in this TikTok video is wrong; it is NOT true that iced coffee is illegal in Canada.

Your friends in Saskatchewan may prefer to drink hot coffee to keep them warm and alert for hungry grizzly bears in January, but they are legally allowed to make themselves even colder with a delicious iced coffee.

Anyone who tells you iced coffee is illegal in Canada is either pulling your leg or REALLY gullible.

Next time you’re in Manitoba, impress the local population by ordering an iced drink in November. 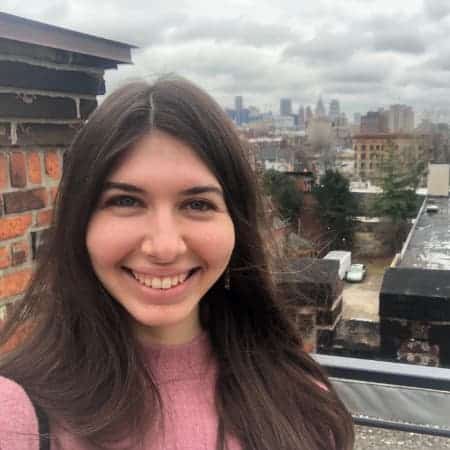