If you’ve read one of my articles, there is a 99% chance you’ve seen me mention Gesiha coffee. Why does this particular coffee end up being a talking point so often?

Well, whenever I try to convey the taste of an intricate, delicate, and nuanced cup of coffee, I can’t help but think of Geisha.

What is it about Geisha coffee from Panama? What about it has captured the hearts (and bank accounts) of coffee lovers worldwide? 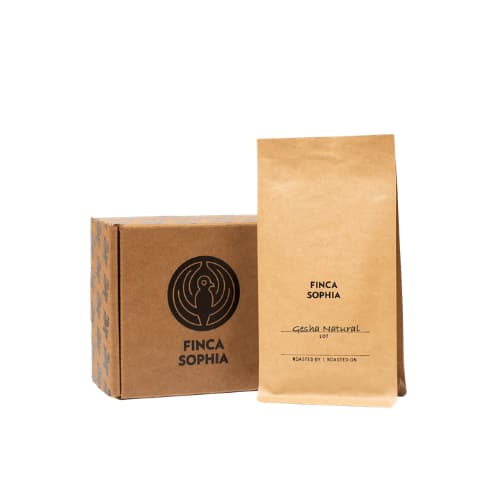 What Is Geisha Coffee?

Geisha is a coffee varietal, just like Bourbon or Typica. One of the original branches of the Arabica coffee family tree. While the Geisha from Panama is by far the most famous, Its origins lie in Ethiopia’s Gori Gesha forest.

Situated in the Southwest of the country, it is here that in 1931, the British Consul entered the forest of Ethiopia and collected a number of seedlings from the coffee trees.

Sometime in the 1950s, these samples had made their way to Latin America. In the following decade, a government official from Panama visited Costa Rica in order to search for new coffee varietals. Out of the handful of coffee varietals brought back, Geisha was one of them.

The seedlings were distributed among local coffee growers in Boquete— a mountainous area in the West of the country. Out of all the farms that these seedlings were given to, the most noteworthy turned out to be Hacienda La Esmeralda.

Anyone who has ever tried it knows it’s special. It doesn’t taste normal.

Like a gloriously delicious freak of nature. If you haven’t already, I suggest you go to a specialty coffee shop the first day that a new batch of Geisha arrives. There is an air of childlike excitement. Even when compared to other very high-quality coffees— it just tastes different.

So let’s talk about the cup profile of a classic Panama Geisha. One from the La Esmarelda, or Lamastus Family Estates– both of which offer exemplary examples of the variety. I had the pleasure of trying these beans from the 2020 harvest, roasted by The Coffee Collective.

The first thing you’ll notice is the aroma. Super floral— jasmine and bergamot. There are huge taste notes of peaches and currents upon the first sip, with a fresh and bright lemon-like acidity. This coffee is incredibly fruity and oh so sweet. The sweetness here is best described as like honey.

An Ethiopian Coffee in Boquete

For those of you who are geeky about coffee, these descriptors might ring a bell…It sounds a lot like a classic washed coffee from Ethiopia’s Yirgacheffe region, right? But this is a coffee that is grown in Panama. And that’s what’s so interesting!

In contrast, many coffees from Central and South America will have deeper, more chocolatey flavor notes. We’ll still find some peachy stone fruit vibes on occasion. Maybe a floral note here and there. But Geisha is amplified— the knob is cranked up to 11 then torn off!

Is it Gesha or Geisha

The elephant in the room. There is some debate as to the spelling of this beautiful variety. Gesha, or Geisha?

One thought is that the correct spelling is Gesha, named after the surrounding area of the coffees origin.

So where did spelling it Geisha come from? Well, another thought is that when the seedling samples were labeled, the word was misspelled, written the same way as the Female Japanese entertainer— Geisha.

Okay… What’s SO Great About Geisha?

There is a famous story about the happenings in the specialty coffee world in 2004. It is all centered around the record-breaking ‘Best of Panama’ coffee competition and auction.

The room was full of well-known coffee pros, including Geoff Watts of Intelligentsia and Ric Rhinehart of the SCA. As Rhinehart cupped his way through the various Panamanian coffees on the table, he came to one curious bowl. “Who put the Ethiopian on the table? This is not a Panamanian coffee, clearly” he exclaimed.

The coffee in this mind-blowing cup was none other than a Geisha from Hacienda La Esmeralda. In the lead-up to the competition, the Petersons, owners of the farm, decided to separate the cherries they picked into individual lots. This is rather than blending them together with other plants’ cherries as is typically done by most farmers.

This center-of-attention cup was from a section of the farm, from plants high up on a hill. This coffee went on to fetch the highest price ever paid per pound of coffee at auction.

Since then, the world of coffee is mad for Geisha. In the years since, the price has risen, selling for as high as $1029 per pound! Why’s the price so high? First of all, it’s rare. Second, it has one of the highest cup qualities of any coffee in the world.

Geisha is now grown all over the world— from, of course, its origin land Ethiopia, to Colombia. But no matter where else it is grown, nothing is quite like it when it comes from Boquete.

What makes this particular one so unique? A combination of the varietal, soil, climate, altitude, and production. The perfect altitude, with the perfect temperature and moisture. The right amount of rainfall and sun.

Planted in nutrient-rich, volcanic soil. This, combined with meticulous plant care and lot separation by the farmers, all play a huge part in the wonder that is Panama Gesha.

So where can we get a piece of the action?!

Luckily, there isn’t only one place that grows the Geisha varietal! If that were the case, there wouldn’t be nearly enough of this glorious coffee bean to go around.

When you buy this varietal, please do keep in mind that they aren’t always equal. I’ve had Geishas from Colombia and other countries across the world that taste nothing like la glorious Esmeralda that we’ve been talking about. As I mentioned earlier, it’s as much about the local terroir as it is about the varietal.

Roasters Equator coffee, offer a variety of different high-quality lots of coffee beans. One of which is a Panama Geisha. This is a naturally processed coffee Finca Sophia, a farm to win the 2020 Panama coffee cup.

It’s tasting notes include Mango and mandarin with a bergamot-like finish. With a floral, jasmine aroma, this is sounding like a classic Geisha. Pick this up to enjoy freshly roasted Panamanian Gesha delivered to your door.

Because this one is from Colombia, it has a lower price per pound than others. Here we have a washed Colombia Geisha from the Huila Milagros region in the Southwest of the country. 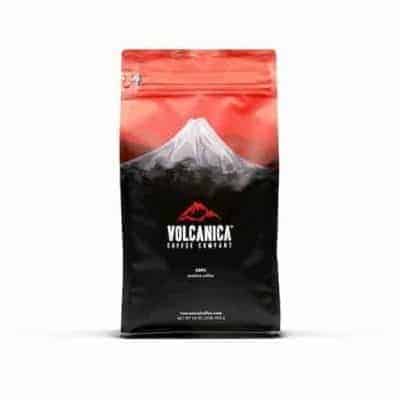 With flavor notes including florals, tropical fruits, and apple jacks, it might not be the one that people dream of, but still sounds tasty!

Also roasted by Volcania Coffee Company is this offering from Costa Rica’s Tarrazu region. It is from a pretty well known and respected farm— Finca La Candelilla. 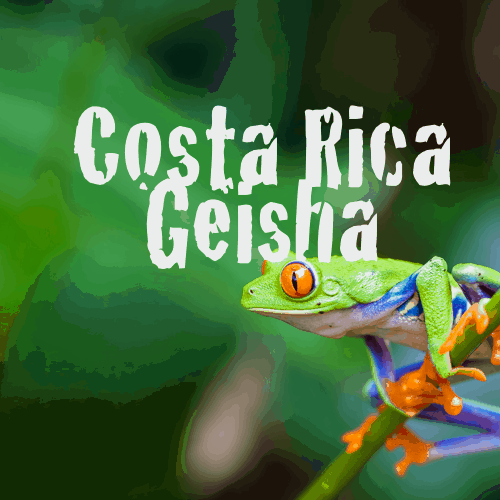 This is a micro-lot Geisha, meaning that it is from a smaller lot of coffee, separated from other coffees to avoid them mixing together. With it’s sweet, apple-like acidity, as well as the florals we are hoping for, this coffee sounds like a classic Costa Rican with a Geisha-like edge.

Coming out of San Marcos in Guatemala, this washed Gesha retains much of its Guatemalan flavor profile.

Guatemala Gesha LEARN MORE NOW
We earn a commission if you make a purchase, at no additional cost to you.

With notes of chocolate and nuts, this particular Gesha is pretty far from the floral and peach vibes we get from other Geshas. But that’s what makes this whole thing so interesting. Same varietal grown in two places, with two drastically different results!